skip to main | skip to sidebar

My Turn On Turn Shoes

I finally managed to do something I wanted to try for ages: Make a pair of turn shoes.
The problem was, I'm always a bit nervous when it comes to cutting good quality leather without knowing, that my pattern actually works.
So I first wrapped my foot in duct tape, cut the mock up open again, placed it on a sheet of paper and traced the pattern to the paper. I then used this pattern to cut my leather (i.e. soles and uppers from different types of leather).
Then you 'only' have to sew the parts together, turn them inside out, and - tadaaaaa! - you have some shoes that should fit perfectly. I was so happy, mine really did! ;) 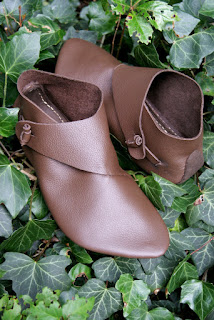 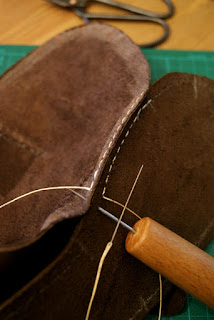 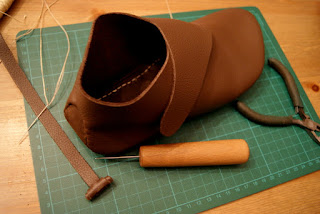 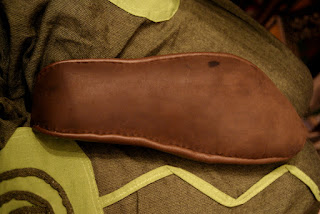 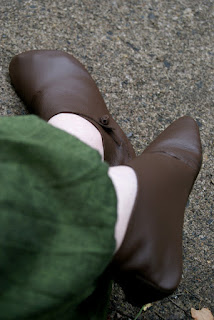 There are some great tutorials around, I picked out this one (pictures and video):
http://www.michaelismerio.com/photographic_evidence_album.html?id=24

Hello again to my dear readers! I wasn't idle recently, so now it's time to show you some of my work finally :) 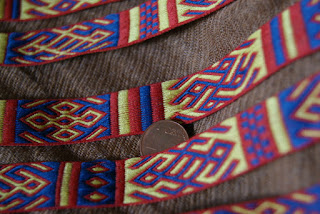 Since late November last year I had a beautiful  band on my loom, which I finished about two weeks ago. The original is from the tomb of the merovingian queen Bathilde (630-680) and the abbess Bertille (630-705). The textiles in their tomb were found as a bundle, so in some cases it is not possible to say, which textile belonged to which woman. 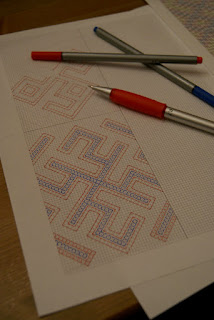 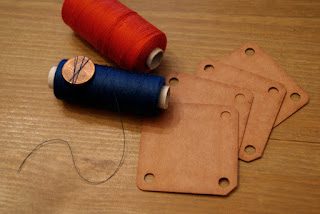 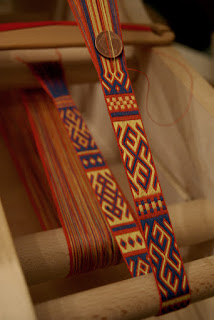 The original textile was made frome fine silk and was composed from a variety of gemetrical patterns. 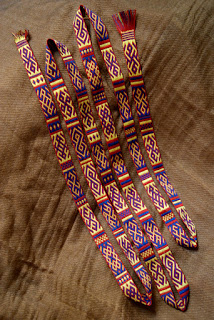 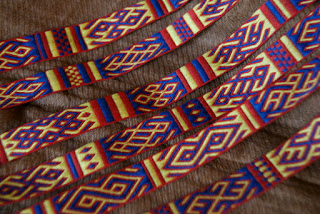